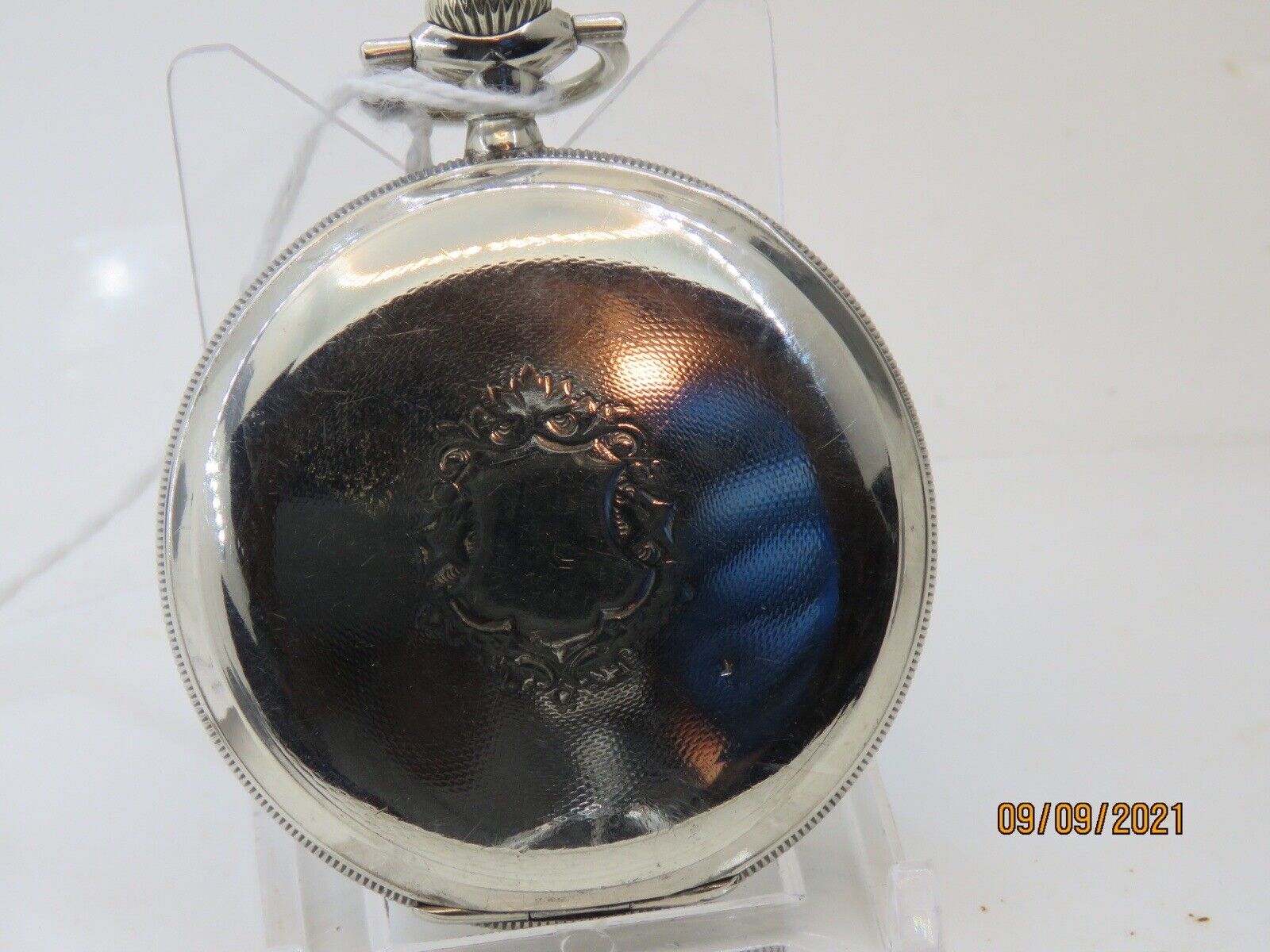 16S Philadelphia triple hinge antique pocket watch case in very good condition. The hinges are good, and tight. This case weighs only 44.68 grams. The detailing on the back cover And the coin edge frame make this a very attractive case.The front bezel has been fitted with a NOS crystal. Please use the photos as part of the description. Please contact me with any questions.

Pocket watches are individual timepieces that may around be carried in one single's pocket. They are strapless, and they sport usually displays that are analog. Though maybe not always a feature that is present silver pocket watches often have hinged cover to protect the watch face. Fobs or pocket watch chains are always present to secure the timepiece to a waistcoat, gear loop, or lapel. Most antique pocket watches also provide fasteners built to be put through buttonholes and worn in a waistcoat or jacket.


Pocket watches could be any one of two kinds. The type that is first open-faced watches, or hunter-cased, often known as Savonette. The second, and possibly the most common type, has a hinged front address that protects the crystal face of the watch. Usually, the stem or pendant of a Savonette is defined at its twelve o'clock position. The hunter's stem, on the other hand, is put at the three o'clock position.


In modern times, silver pocket watches have become collectors' things. a antique pocket watch is bound to bring in enthusiasts. Pocket watches have actually also dramatically increased in value. Despite their ordinary faces, railroad pocket watches are particularly appealing for the quality of their craftsmanship. There are also vintage that is several watches worth mention.

The pocket watch is a survivor. It survived the painful beginnings of the railroad system and is still used today, in the age and put of commercialism. Breathtaking, exquisite, and timeless, the pocket watch will be around for decades, perhaps even centuries, more.

The century that is 17th pocket watches even more desirable with a new look to your figure. The view had changed from its original box-like turn to a new rounded and case that is slimmer. Craftsmen began working ever so hard to create designs on every pocket watch made.

In 1675 some watchmakers discovered the importance of a spiral spring. By connecting the spiral spring to the balance, the accuracy of the pocket watch increased greatly. It was now possible to inform time by the moment as oppose to being off with a hours that are few. The minute hand was born on the pocket watch with this new discovery.

The 18th century saw added improvement to your pocket watch with further development and more added features to drive up the price. Oil had become a popular method to lubricate and smoothen the movement associated with the hands of the watch. Jewels had started to be used for the bearings in watches while diamonds were applied to the high priced watches. This shot the cost up to again provide the rich the power to show their wealth and status.

Another hand was introduced to show the increased precision in time in the middle of the 18th century. It was just a matter of time that the hand that is third be added seeing that we had been aware of time down to the second now. This allowed people to understand the time that is exact of it was through there pocket watch.

The century that is 19th several famous pocket watch makers that increased the worthiness of the watch. Having numerous watchmakers added your competitors to the quality of watch they sold, including just how much they sold their watches for. The quality of watches sold was now better than ever with much more reasonable prices. The 19th century signified the peak of the pocket watch that is old.