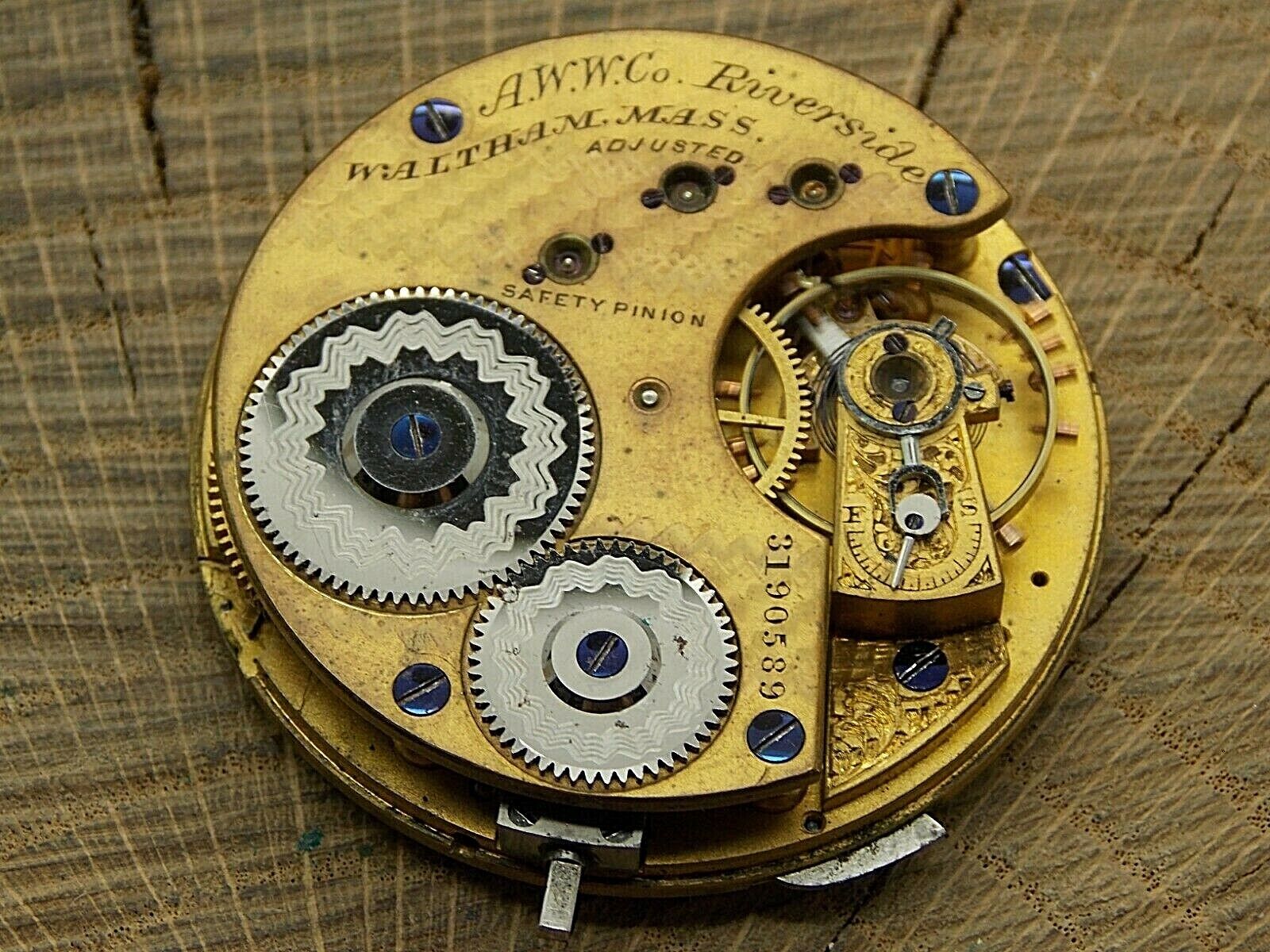 Included: Movement with a nice Single-Sunk Dial & Hands as shown

Here is some additional information I found pertaining to this movement:

Running Condition: This movement has not been tested and is being sold as is for parts or repair. The balance wheel does rotate freely.

Pocket watches are individual timepieces that may around be carried in one's pocket. These are typically strapless, and they sport usually analog displays. Though not always a current feature, silver pocket watches often have hinged cover to protect the watch face. Fobs or pocket watch chains are often present to secure the timepiece to a waistcoat, gear cycle, or lapel. Most antique pocket watches likewise have fasteners designed to be put through buttonholes and worn in a waistcoat or jacket.


Pocket watches could be any 1 of 2 kinds. The first type are open-faced watches, or hunter-cased, often known as Savonette. The next, and perchance the many common type, has a hinged front address that protects the crystal face of the view. Usually, the stem or pendant of a Savonette is scheduled at its twelve o'clock position. The hunter's stem, on the other hand, is placed at the three o'clock position.


In contemporary times, silver pocket watches have become collectors' items. a classic pocket watch is bound to bring in enthusiasts. Pocket watches have also quite a bit increased in value. Despite their simple faces, railroad pocket watches are particularly appealing for the quality of their craftsmanship. You will find also vintage that is several watches worth mention.

The pocket watch is a survivor. It survived the painful beginnings of the railroad system and is still worn today, in the age and put of commercialism. Stunning, exquisite, and timeless, the pocket watch will undoubtedly be around for decades, perhaps even centuries, more.

History Of The Pocket Watch
The History And Growth Of The Pocket Watch The annals of the pocket view is often overlooked in importance because of the many other inventions that had been place that is taking. However, the pocket watch provided us aided by the portable that is first giving us the power to know what time it absolutely was wherever we were. The pocket watch was an unit that has been extremely rich in the sixteenth century and just the high class could have.

In the century that is 16th had been produced using springs instead of weights, signifying the transfer from clocks to watches. These pocket that is old were the first timepieces that might be owned by the public. Having a pocket watch signified the status, wealth and power of an individual.

The 17th century made pocket watches even more desirable with a fresh look to the figure. The view had changed from its original box-like look to a new rounded and slimmer instance. Craftsmen began working ever therefore hard to produce designs on every pocket watch made.

In 1675 some watchmakers discovered the need for a spiral spring. By attaching the spiral spring to the balance, the accuracy of the pocket watch increased greatly. It had been now feasible to tell time by the moment as oppose to being off by way of a hours that are few. Using this new discovery, the minute hand came to be regarding the pocket watch.

The 18th century saw added improvement towards the pocket watch with further development and more added features to drive up the price. Oil had become a popular method to lubricate and smoothen the motion of the hands of the watch. Jewels had started to be used for the bearings in watches while diamonds were applied to the high priced watches. This shot the cost up to again supply the rich the power to show their wealth and status.

At the center of the 18th century another hand ended up being introduced showing the increased accuracy in time. It absolutely was only a matter of time that the hand that is third be added seeing that we had been aware of time down to the second now. This allowed people to understand the time that is exact of it had been through there pocket view.

The 19th century brought several famous pocket watch makers that increased the worth of the watch. Having multiple watchmakers added your competition to the caliber of watch they sold, including how much they sold their watches for. The product quality of watches sold had been now better than ever with much more reasonable costs. The 19th century signified the peak of the pocket watch that is old.